sorry to go dark abruptly, folks.  some of you have been messaging, staring at the chat window wondering whaddup. even my evil nemesis and reluctant companion has been ominously silent.

this is whaddup: you would not want to be here.

it’s been a rough couple days. however, there’s good news, and it’s this: if you have a computer that you somewhat love and want to keep online, even if it’s old (especially if it’s old), this is the best thing ever. right here, this thing, totally saved my ass:

i’m recovering from one of the worst hard drive crashes of my 20-odd years of building and abusing computers. #rangounmuzzled anti-hero and #hal wannabe #plagus was starving for space. he has been for a year since i ran out of coin. just like his dad, he was pushing the #risk envelope with no system protection, no backups, and gradually degrading performance that eventually lost its comic charm, even for an evil robot notorious for being insufferably slow.  see: vista………………………………………………. ………………
……………………….
……………………………………..

i could see the writing on the wall, and it was all graffiti of deathiness. i was consolidating 6 terabytes of data, some of it 20 years old, an 8 year old machine custom built for vista when i was a dev there, but today running Windows 8 on a 2003 BIOS that had sketchy USB boot support. so i was robbing peter to pay paul when the plagus randomly corrupted his system partition MBR. next reboot it was down for the count, couldn’t find boot loader, etc and so forth, and things went south from there. the “startup repair’ feature became the ultimate oxymoron as it assigned a random drive to be active without telling me during reboots, then continued to not-repair itself. so corrupt the only analogy is politician.

so after the repair job (air quotes), no windows media would load. repair discs, install discs, windows vista through windows 10 media, partition repair utils on a WinPE, forget it. they would all hang. and if I disconnected all the drives they would simply reboot the moment the system drive connected.

many hours later. late into the evening. the next morning. you can’t joke about how slow it was to fail without hurting my feelings (“i feel older”). so many diagnostics later, some hobo mumbled something about partition table corruption. no, don’t say that, hobo. that’s gross and awful in every way.

every forum that you chase down to recursive partition table corruption yields the same advice: find a way to mount the disk and zero it. that was still the view of the land yesterday, making me very anxious. there was no backup, and during the root cause analysis i discovered a hidden partition with a terabyte of user data. (#sysop #fail, yer fired).

so return your attention to GParted​. it’s based on a Debian​ distro, it boots on a CD. and it was able to boot (after a very long time) with that failed system drive connected (very slowly). even better, it would boot without it connected (quickly) and then let me attach it, and then actually scan it, without crashing, so i could sit on my hands and wonder about my future.

there were two system partitions and one user partition on that drive (i’ll fix that, lay off already). but #gparted initially showed me an empty drive. seemed like all hope was lost again (tosses coin). however, it ships with a ready bash terminal preloaded with a bunch of file system utilities including ntfsfix and testdisk. with shred of optimisim weighing against the need for sleep, i was able to load the corrupted partition tables into an editor, line up all the start and end points, and fix what can only be described as heinous corruption, manually (with a calculator of course).

whoah. did that actually work?

a few reboots (more) back into into windows to restore the BCD and remap the drives according to how they were before i pulled everything two days earlier, and now i’m typing this to you on a the same drive i was about to give up on. it’s going to save me countless days of reinstalls and headaches. so right at the end after the ref blew his whistle and people started cashing life insurance checks, the swell of the music stopped and was replaced but the annoying whine of his fans and hard drives rattling so hard he was shaking. i helped plagus get back on his feet, smacked him around a little, and told him who’se #theboss. then i instructed him to setup all the recovery features and start backing up my entire life’s work onto 6 terabytes of external storage. imagine my shock to see he’s actually doing it. very slowly \m/~ 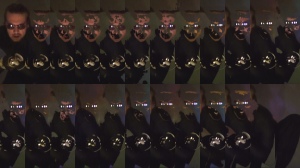