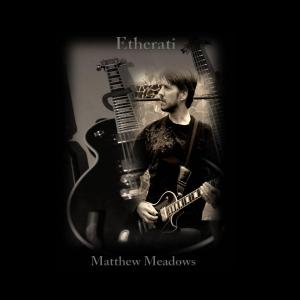 Really just a toddler: 2 years ago today I uploaded my freshly rolled EP Etherati to ReverbNation, 1 song short of a six pack. The next morning my inbox was flooded and it has never recovered, standing at about 1,200 unread messages right now. I immediately entered the Seattle top-10 for Metal/Alternative and never left. My life was also completely disrupted and has never recovered, either, since the signal rate for tripping mood oscillations reached a blinding pace. You see, when you’re bipolar it doesn’t matter if it’s good news or bad, only that it registers an emotional reaction. It’s like having an emotional Hulk inside of you.

And there’s a lot of news around here. If you don’t believe me, page down and start reading, or hit my Twitter feed, or “goto to my blog at rango the dog”. Right here and there among the roughly 5,000 posts, 2,500 images, and 40+ songs and videos is the diary of a madman. There are pages and pages of blowouts, brownouts, and everything in between. What kind of news? Lucky breaks, mostly. Extreme kindness that melts me, or getting blocked by Facebook for pushing the Add Friend button. Getting a “that was awesome” by the judge at the NBC audition and never getting the call back. Stuart Epps has agreed to produce your songs. Lacy Darryl Phillips is going to feature you on his FM variety show. Dianne Murray is going to play The Mistress on her FM metal show! DJ Johnny Summers has accepted disreputable advice from an evil clown named Pete RingMaster and agreed to play The Turk on their show. You’ve been selected for a compilation. Your song Falling has been accepted for use in a Universal production. Your song Smokehouse has been selected for inclusion in a film catalog by Charlie Mack. Your song The Ringmaster has been selected for inclusion in our classical music library. Your song Gravity has been selected for use on our instructional series. Sabrina Pena Young liked your vocals in The Ringmaster and is interested in hearing you audition for the role of Simeon in her opera Liberteria. You’re #3 this week. Your song Risk is blowing up like a firecracker on Fandalism. Your profile is the #1 page on the site. Etc, so forth, and so on, roughly 20,000 emails, messages and notices a month. 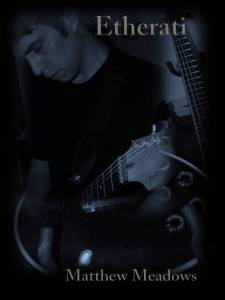 That’s a lot of triggers. Toss in “She died a month ago”, “I’m moving out”, “I’m going back to live with mom”, “he wants to come back to live with me, too”, “it’s not working out”, “unemployment claim disputed”, “insufficient funds”, “insurance expired”, a few hundred “overdraft fees”, 6 tickets costing me thousands, 2x “your house is in foreclosure” and then another “you’re fired” but the coup de gras was mercifully delivered with “it just seems like you should be a musician”.It’s no wonder I lost my keys, my wallet, my phone, and then myself when I went Into the Snow. But I’m not taking all the credit, I made a gambit with God, and we’re still working all that out. At least I think I did.

Happy Birthday, Etherati. $0 US, so i didn’t get you a present and pretty much nobody bought you. But my dad, dad, Jennifer, Sean and Andrew send their love.