My Life As a Musical: Amara Haresco 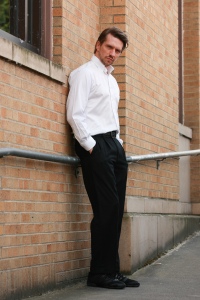 i drove down to the Experis US office for the second time in as many weeks to wrap up the onboarding for my new contract at Amazon Prime. thanks to the 5-star recruiting play of my new friend Amara Haresco, who took the time to read my resume and sniff out some opportunities with an organization that can better leverage the breadth of my skills, and hopefully keep me engaged and back on the path to success.

this ends an extended period of freelancing and sketchy employment for me going to back to August. in fact, last time i was down in that stretch of Bellevue, it was a searing 99 degrees out and i walked right past the industrial park with my son, having abandoned our car just off the freeway. i took him down to Seattle’s Seafair to see the Blue Angels and the hydroplanes, and it was extraordinarily expensive, like $35 a ticket, and parking was about the same. i bought us lunch, a bowl of noodles (no hot dogs for these rangos, we both say ‘ew’), and we had an amazing afternoon, worth every penny. in fact it was every penny i had, and we would have probably made it home were it not for getting stuck in traffic for hours on the way out due to the huge event and the bridge closure.

but we didn’t. just as traffic started to move, my car started to sputter and kick, running out of gas. i told my son what was happening so he would know what to expect. the car stalled and i let it roll, pulling to the shoulder. i was able to restart it and punch the accelerator and get us more momentum. we covered almost another mile this way, with me providing reassurances to boogie the entire time. finally crested the exit to SE 8th street in swanky but aloof downtown Bellevue, which is not Seattle but damn near looks like it when you’re on i-405 headed north. 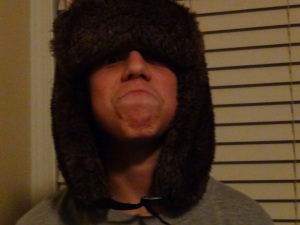 so we rolled down the hill and i ditched the car in a gravel parking lot. i scratched around and found a credit card of dubious usefulness that i had forgotten about, but it was all i had. we got out and i looked at the train tressle to the east, the endless highway of burning death to the north and south, and wisely chose to head west into downtown, towards a hotel. it was brutally hot, but we were still in a great mood and just hanging out. boogie called it the most adventurous day we’d had in a long time, and he was right. we started walking.

we happened upon a tow truck driver servicing a call, and he had gas right on his truck. how fortuitous, my life as a musical, amazing things happen, and kindness. unforutnately he refused to help us even when i offered to wait and pay, flashing my dubious credit card. but he gruffly indicated he was servicing a call, and it was not us, so we continued onward through the shimmering heat waves coming off the road. i discovered then that jeans are not shorts, and that i had literally walked through the insoles of my swamp boots, and that the outer sole had cracked. this information came in the form of two feelings: hot asphalt and new blisters, which i found decidedly unpleasant.

we made it to the hotel, pretty much thinking we’d found help but thankful for the air conditioning. i explained my situation, and they kindly directed me towards a gas station, which was conveniently only two turns down the road, made it sound like a couple blocks. and it was. we kindly thanked them and limped away. it was also about two miles, so by the time we got to the gas station we were hot & stinky and my feet were starting to give me some insight into life in hell, because ouch and :-o. still, my son’s mood was good, he was actually skipping and very chatty while rango senior suffered the pain of 1,000 sins.

at the gas station, it was the moment of truth. i needed to buy a plastic gas tank and some gas. caught a lucky break here, there was some wiggle room on the card and enough for drinks. out on the gas island there was somebody with an enormous SUV and a boat trailer taking up both islands but only using one gas pump. i walked up and started using the other one, filling the gas but not wanting too carry too much all the way back.

at this point the gentleman with the SUV, or the person i should say, emerged from the gas station and stood there looking at me, obviously disgusted and impatient. he actually pointed at me (bad idea) and mentioned that was his pump, and i mentioned that was on foot with son and would only be a moment, and would he be so kind as to give us a ride back to me car. he declined and stood there and waited impatiently, demonstrating in no uncertain terms his displeasure. i returned by moving in slow motion and was seriously tempted to walk up and get in his face and show him what a grinchy rango with blisters was like when his son was not in earshot. that would not have ended well, presumably. so another lucky break, i checked myself under extreme duress (i rarely do). 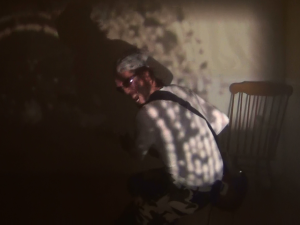 i noticed another SUV filling up next to me, and the driver had heard the whole story. instead of face-pumeling the pompous fellow i turned and asked if he had room for us, and he said sure, and asked where the car was. i described the location, and at that point he indicated he wasn’t going that way, it was too far, so no. he was looking me up and down at that point, realizing i was hot & sweaty, and the distance was clearly not the reason, it’s only two minutes in the car. but he lied about it because of guilt that he couldn’t perform the act of kindess he wanted to.

near miss, but point taken. distinctly hobo, smells of gas.

we headed back on foot, or where my feet used to be before they were replaced by blister-holders. boogie remained indominable, and my girlfriend called on the long stretch back, taking my mind off the pain. as we approached the gravel lot where the car was stalled, crossing the freeway entrance ramps, a mature couple in a sedan rolled to a stop and opened their window. they offered us a ride and would have vindicated kind people in Bellevue everywhere, except they were clearly not from there. i politely declined, and remarked that they just saved my son from a life of cynicism. i pointed to my car and said we were there, and thanked them again.

when amara called me i was very discouraged with the results of most of my recruiting contacts. notable exception: Chris Bloomquist. but generally my phone rang every day several times a day with recruiters looking for acronyms that matched, and i continuously found myself saying “i don’t think i could succeed at that opportunity, so i must politely decline”. they were all the same, basically just lists of skills required for jobs at Microsoft and indistinguishable from one another. pass/pass/pass.

amara had a different approach. she led with props about how impressive she found my online portfolio, and make no mistake about it: props work here. after a shot of kindness she then revealed that she had actually read my resume and started talking to me about a position that included the most valuable skills on my resume and personality, which do not have acronyms. she stepped right to the front of the line, and i told her so. i pushed back and asked for more money, and she got busy with it, calling me the ‘most intimidating contracter she’s ever met’.

she arranged for a phone interview with the hiring manager. i agreeed, but had a minor problem: $0 US, and my phone was disconnected. no problem, come to the office and use our phones, she suggested, and i did precisely that the next day. 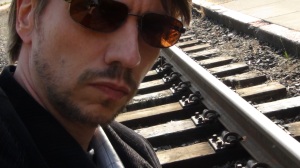 this is where the story gets interesting. first of all, when we met i could tell she was actually pleased to meet me, and the reverse was true as well. we had a chat and she took the time to tell me about herself and ask more questions of me. when the call came in, she camped and took notes. the manager and i got on famously, coverng a wide range of topics from development to market research. she stayed on the entire time, silent after the introductions, until the very end of the call where she demonstrated to the hiring manager that she knew some french, and they bantered, since he is french (and quite frankly, as a great zesty french accent, very upbeat). at the end of the call? a high-five bro-fist thingy and glowing encouragement.

christmas came and went, and she stayed in touch. but by the time she was able to arrange an in-person interview, i already had another opportunity in the hand, a solid contract back at Microsoft Research, the organization that had let me go several months earlier under sketchy terms. i was excited about it because it had high gadget potential and the interview was a blast, they’re doing some exciting stuff with biometrics. but i was little unsettled about going back there, and so when Amara called and encouraged me to go to the Amazon interview anyway, i agreed.

she showed up for the in person interview, too. and as she tends to do, she led with a hug and piles of chipper dialog. my interview got bumped an hour, so she bought me a fancy coffee and we watched all the folks coming in with their dogs, big and little. we talked about dogs, our families, our personal quirkiness, and basicaly just chatted it up. she was very honest and transparent, and i value those qualities tremendously. 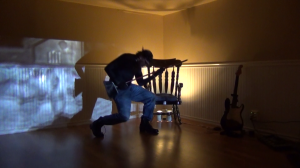 she came in for the interview as well. once again she camped and took notes. once again we finished with the high-five bro-fist thingy. nice job, all around, even the interviewers. they called back a few days later and offered me the position, but at that time the Microsoft contract was closing. we had a long conversation during which she expressed concern that Microsoft might not be the right fit for my personality, and that Amazon would be better. i agreed but was firm, and she asked me 5 times if there was anything she could do, and i told her no. the pay was the same, Microsoft had gadgets, and it was already happening. however, i agreed to talk to the hiring manager again since he and his team had spent so much time on me.

that was all it took, persistance and a willingness to go to bat for me. the hiring manager finished the job by bringing his manager to the table. we all talked, and one by one they systematically broken down my objections. before i knew it we were off the phone and Amara was negotiating the rates up, back to my historical scale, and a whopping $10/hr more than the Microsoft contract.

i caved. win/win/win. rango/amazon/amara. the next day i let Microsoft know, and it felt good. i was not settled in that position and could not reconcile how they had treated me before. as i mentioned on facebook, a new job should feel like christmas.

5 stars, permanent rotation. see you in six months, unless they convert me to full time. thank you, amara, for the kindness and the support. thanks for giving me a reaon to get engaged and enthusiastic about my work again. and thanks for reading my resume. 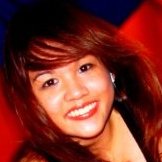