As the press kits with my new single Smokehouse roll out to thousands of DJ’s all over the country, it occurs to me that the entire arc of this story has followed a very unlikely trajectory put in motion by the disruptive effects of MusicXRay.  One of the first results I got from MusicXRay was unsolicited notification in an email that my song The Mistress was matched with producer Stuart Epps, an industry luminary.  Considering that I am a 100% solo artist with no band, in fact a computer programmer and retired ballet dancer who at that time had only a few months earlier released a demo to ReverbNation, I happily submitted and publicly declared it was for the bragging rights alone (boy, did I brag too, :-D).  To my surprise, Stuart really liked The Mistress and although we never took that project any further, we stayed in touch.

Last summer MusicXRay posted a link for a Cajun/Zydeco song, just man and a guitar, for a TV/Film/Sync opportunity.  It was at that moment I realized I should consider composing music for the opportunities rather than trying to find opportunities for the music I already had.  I’m a sloppy technician, but I can spontaneously riff pretty much endlessly, so composing on demand makes sense for me in some ways.  The opportunity had a deadline 30 days out, and I proudly strapped on a guitar and ripped out my best Old Man Zydeco impression, the thematic riff you hear at the beginning of the song, thinking I could put together an old I/IV/V blues riff in short order.  From there I proceeded to fail catastrophically as I realized my command of that style of music was weak at best, and formulating a song that even paid homage to players that truly pioneered and mastered that style was a task outside of my grasp. 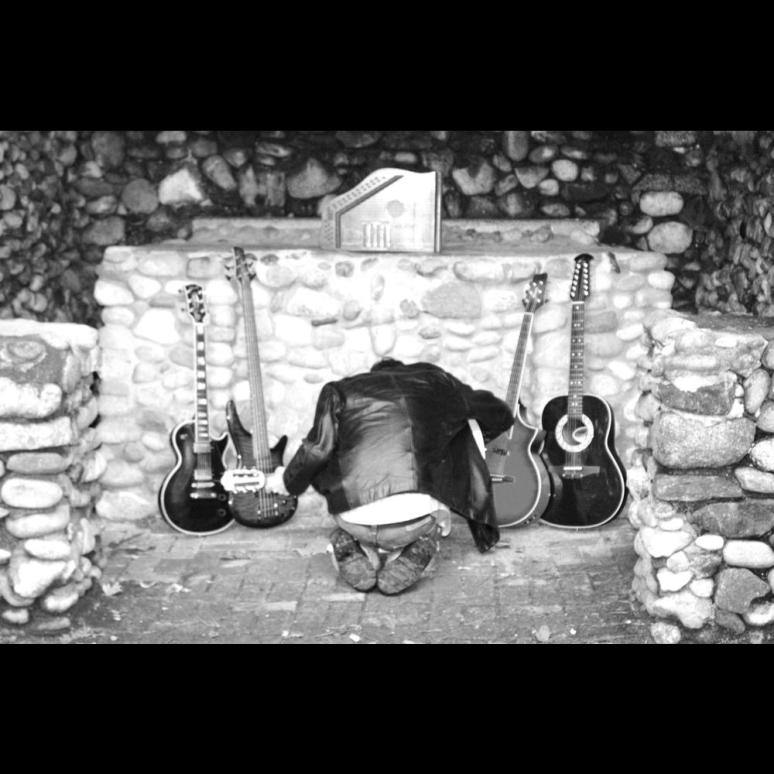 This is the CD cover for the 2012 release Temple of Zither.

That song become my obsession for months.  I carried my guitar with me everywhere.  I played it in the parking garage at work, I played it at lunch.  I was also pioneering a new Youtube initiative (“Operation Rango”, see elsewhere) that involved videotaping every single recording session, and recording every time I sat down to play at home.  30 days came and went but I continued to carve it out, different every take.  I developed a story in my mind, a narrative based on the jam sessions I saw as a child when my dad took our family back to the mountains of West Virgina to visit his family.  The thematic opening riff became a call across the mountains, answered by someone on the other side with the same idea.  You declare your intent with your licks, pack your axes and your dogs and head down the mountain into the valley.  You both tell your families the same thing, that you’re going there by yourself.  Hours later, possibly much longer, you arrive at the smokehouse.  What you find there is left as an exercise to the listener, but imagine you’re definitely not there alone.

After 139 takes I famously declared default and ripped out a dubious version with my Les Paul and too much wah-wah, a regrettable moment living on Youtube but salvaged by virtue of the video footage which lives on today in the Smokehouse video.  Fail, fail, fail.  Eventually my girlfriend moved out, and I bought a new Cordoba Studio to take her place, a nylon string classical guitar just like my first guitar but more \m/ (-.-) \m/.  I fell in love with it and kept trying.  After 380 takes I stopped in my tracks.  That was a good one, rabbit.  I wanted to capture some essential elements, like winding counterpoint and slow bends to reflect your trip down to the valley.  I wanted to hear the articulation of the fingers on the strings and the warm overtones of the nylon strings where you would normally expect a bright steel string guitar.  I wanted it to sound like it came out of the back of somebody’s closet, somewhat out of place, but easy and natural like sitting on the porch.  In other words, exactly how I learned to play guitar originally as did thousands of extremely skilled dudes before me.  Tall order as we stand on the shoulders of giants.z

So that was a lucky take and I was so proud of it I wanted Stuart Epps to hear it.  Crazy, I know, maybe end of story, and I didn’t expect to hear back necessarily.  His profile at one time declared “if you don’t blow me away, you won’t hear back for me” or something like that, which I now find laughably uncharacteristic for the man (he’s actually very approachable).  I thought that might be good enough if he was listening for the same elements.  I didn’t even submit it to him through MusicXRay again, we just picked up where we left off.  He was so incredibly encouraging (“is that really you on guitar?”) and suggested we should do something with it, at which point it was game-on for me and I decided to take a crack at some vocals.  Fresh from one of those “break-up” kind of evenings I came home and ripped out the entire vocal track on the spot, as it came to me, and sent the first and only take on to Stuart.

He totally got it.  I described it for him in similar terms as above and he got all of that essence and then brought his own ideas into play.  We only went a round or two in email, and the terms of our deal were unbelievable.  He brought full instrumentation and arrangement into the service offering for an outstanding price, I really couldn’t believe it.  A few weeks later, a day before Christmas Eve, I get an email from him indicating it’s done.  I was ecstatic.  As part of the Operation Rango initiative I opened the .wav file but didn’t listen to it.  Instead, I prepared a background reel, a video precisely that same length using cut scenes and guitar kata elements that I had already filmed, based on the shapes of the wave forms, that I would eventually dance in front of.  Then on Christmas Eve I filled the room with fog and projected it 12 feed wide and let it rip.  When I heard the first change I literally jumped out of my chair with my hands in the air.  It was a surreal and completely sublime moment, because he totally got it and I felt like I had a band.  Not only that, an amazing band, that I would be proud of.  I listened over and over again.  I danced around, I played my guitar with it, I shredded the thing to pieces with my new band.  <best><christmas><ever>  I had a band, and a fine one at that.  He brought in a top-shelf musician named John Marter and the two of them somehow took this raw acoustic take that I gave them and transformed it into a song that strongly builds on all of the essential elements of the music and actually surpassed my expectations for the song.  So much so, I had planned to hold onto Smokehouse until my album Temple of Zither was complete, sometime this summer.  But after hearing it a few times I decided that the odds of having something go wrong or some plan fail to materialize were jeopardizing the chances this milestone in my life would get heard by as many people as possible.  By New Year’s Day it was in iTunes, Amazon and CDBaby and it was game-on for Rango, baby.</ever></christmas></best> 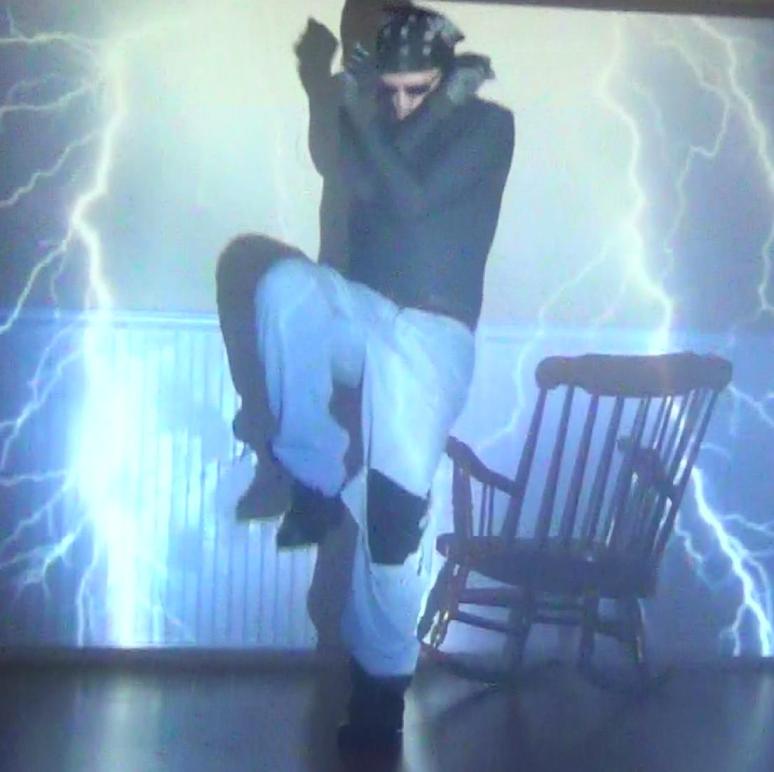 That MusicXRay opportunity passed of course, but when circled I back around I discovered an old success story of mine on the site was looking for new Film/TV/Sync material with the exact same description.  I submitted it.  Both the original demo version and the final, instrumented version were immediately accepted and the conversation was closed.  I’ve already heard back from dozens of stations requesting CD’s and interviews.  Must tend to that, <busy>.  The Smokehouse video is nearly complete.  Must tend to that, too.  In a very polite rejection, a MIP this evening characterized Smokehouse this way: </busy>

“I think the song has potential to be the next big HBO theme song”.

Indeed.  Let’s see about that, rabbit.