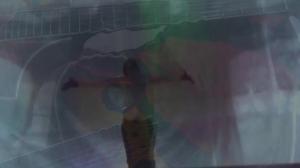 the notification window has closed and i haven’t been contacted, so it doesn’t look like i’ll be moving forward in the NBC vocal competition. however, here’s why the word of the day today is “awesome”:

i was going to sing “sitting on the dock of the bay” but when i played it in the parking garage before i went to the cattle call it was tragically awful.

after a brief crisis of confidence during which i contemplated just leaving, i decided to play dobro love, my alternate.

it sounded pretty awesome in the parking garage, natural reverb, and i sang it at full volume, with full resonance. i could barely hear my guitar. some passerby’s stopped to listen and gave me props, and that made the day right there.i took a moment to be thankful for the gift of the song and the lack of good sense it took to buy that crappy old pawn shop dobro when i had already lost my job, then went to the audition.

there were hundreds of people there, in a line out the door, around the corner, down the street. the line did not move for at least an hour so i parked it in the filth of the Seattle sidewalk and tried to play. too cold.  i was contestant #123, and my group of 10 waited for 3+ hours in 39 degree weather.i managed to play some, but quickly put the sticky gloves back on and blew on my hands and tried to keep them warm.  cold hands are death to a guitarist. that’s why people get “warmed up” and good takes are “hot”.  your hands literally feel like they’re burning when you’re doing it right.we finally went inside for the auditions, and i got to see the 10 before us because i was first in line at the door.  some of them sang as a group and that was really fun.at the last minute i tuned my guitar down a half step, dropped D-flat tuning, since dobro love is at the top of my range and i didn’t want any cracking voices in the take (it’s ok sometimes, but you can hear my voice crack in the published rehearsal video inopportunely). last-minute changes are always a bit nerve-wracking, and i was still trying not to tremble from the cold. deep breath.they called us in. since the judge was a casting agent at NBC, i did something nobody else that i saw did (this part is very Matthew Meadows): i ignored the de facto protocol and walked up and personally introduced myself and handed him a portfolio, including an exhaustive resume back to my dancing career, links to all of my various online portfolios, a pile of glossies, photos from Sabrina Pena Young‘s Liberteria, and my modeling contact cards, serious $$ on the table right there.

i was also the only one with a guitar, and he asked me “don’t you want to sing acapella?”. i responded “no, my song is called dobro love (points, kind of mumbling)…this is my dobro”…but it seems he’s already not paying attention. so maybe not a great idea.everybody else went first. we were told we would be given 30 seconds to sing, that he would hold up his hand to tell us to quit.indeed, everybody got that or less, even the folks with the VIP tickets. the staff at the hardrock continued to mull about, tend drinks and tables, after 120+ contestants it was already old news.  this was a familiar scene to me.  i’d been on the same stage a few months earlier, in the exact same spot, on the Seattle NightOut panel on social marketing of music. i actually found that reassuring as i remembered myself dressed as Rango with the cameras going off, that place was jammin that night and i had fun and garnered some friends.

when it was my turn to sing, i took a deep breath to stay my nerves and “premeditate” the lyrics and pitch in my head since tuning down a half step, which is tonally disorienting if you have good pitch, then said “this is an original song called dobro love.  i’m going to give myself two bars intro” and did.

i started to sing, full volume. that room was small enough i’m pretty sure they could hear it outside. the wait staff seemed to pause. no hand, so i closed my eyes and kept going. next measure? still no hand. i kept singing and approached the end of the song, nearly two minutes worth, and he put his hand up.

dramatic pause, pretty much an eternity.

(background clapping, possibly from outside)

live take from a few months ago at the High Dive, probably similar to what the contestants heard today (but not as awesome):

here was one of the first times i ever played it, a rehearsal combined with the sounds of skype, facebook, and twitter interrupting as i try to arrange a song on dobro that i’ve only played briefly on piano, hours after it came to me, including an acapella sequence where i both screw up the lyrics and drop an f-bomb out of frustration:

..and no studio track yet but here’s the condenser mic take discovered after the video was released: