In the Spotlight at World Wide Star Search 2014

Last weekend I was thrilled to get the opportunity to participate in the World Wide StarSearch 2014 showcase, #wwss2014.

The chance to fly to Los Angeles and present your full hand of entertainment skills to a select group of VIP’s doesn’t come along every day.  In my case it’s been roughly thirty years since the time I started seriously dancing and playing guitar, and it all came to focus last weekend.

I don’t dance anymore, and I’m too old for the modeling runway. But I elected to participate in the music showcase, as well as the perform a monologue, 30 seconds of live event hosting, and commercial taping.

The commercial taping was the most straightforward since we were provided scripts.  That was a matter of memorization, not my strong suit.  I waffled on the decision to inject a funny line, not sure what the judges were looking for.  The scripted line was “you deserve more than 15 minutes of fame” and my alternate was “you deserve more than 15 minutes of fame, and so do I“, gratuitiously referencing my comedy short Operation Rango: Check 1,2 in an oblique fashion.  But when push came to shove and the little red light came on the camera, I screwed up roughly half the lines, but just kept talking, as I tend to do.

Nothing funny, just rolling with it.  Par for the course. 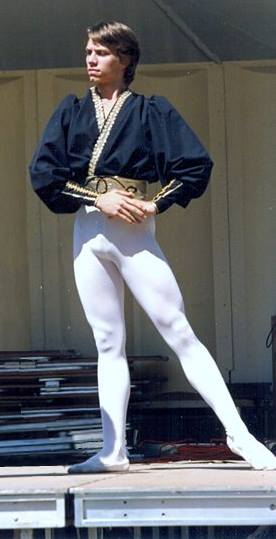 The event hosting played better to my comedy interests.  I decided to wing that one, treat it as a radio show.  I only had a topic in mind, Dichotomous We, a dating service for bipolars.  I can be self-deprecating and talk about bipolar disorder all day long, so 30 seconds was a breeze.  Happy to settle for the sound of knowing laughter from the audience as I walked off the stage – everybody knows somebody that’s bipolar – and call it good.

I knew I had a major challenge in front of me with the monologue.  The extent of my monologue experience involves Operation Rango: Into the Snow and such, all written and directed by me.  So I reviewed dozens of film favorites and commited several to memory, including zingers from Almost Famous and American Beauty.  But when I learned a film crew was going to be there I started scripting my own, a comedy.  I tried some bits out on the radio show, which fizzled, and then with a friend in the industry, which fizzled harder.  But he gave me some solid advice: drop the comedy, be yourself.

That was very difficult.  I wrote a monologue called My Life as a Musical, no stranger to regular readers of the blog.  My first crack at it took me 4 hours and stretched over 800 words.  It took a week to trim it down, and after seemingly endless hours of recursively getting rid of flowery adjectives and unnecessary details, I ended up with a monlogue in two Acts.   I created a corresponding video for Act I with titling and imagery to test the timing and impact of the language, and committed it to memory.

Before the showcase, I only ever recited it in the car.

“The best take you will ever get is the one in the car before the audition.” – Lifetime casting director Linda Berger

Standing in the wings before my monologue delivery, I realized there was one line in it that was making me choke up.  I couldn’t decide whether or not to say the line or not, but in the end, it didn’t matter: I forgot to say it.  Either acting fail or subconciously protecting myself from falling apart, the words “I never danced again” never crossed my lips.  Still, I swallowed my nerves and delivered the lines as best I could, then finally came around to shaking nervously after I walked off stage.

I just listened to my performance, and I can tell you that without that line, it fell flat.

As for the music, having lost both my rabbit and my muse within a week of each other, I had been on hiatus from guitar for over a year.  That was it for me and my guitar, so I turned to my work as a computer programmer.  But knowing this event was around the corner motivated me to pick it up again with a very specific focus.  So each day I played, and decided on three originals and one cover to perform.
For those entering the music category, the showcase only promised the opportunity to audition one minute of one song on Friday night.  Finalists would be chosen from those performances, and play for the VIP’s during the Saturday showcase, so the selection of the first song was absolutely critical.

I chose carefully: Dobro Love for its vocals, Smokehouse for guitar, and Unsound for the hook, in that order.  But you only get one, so Dobro Love.

That decision was reversed by input from my friends and family.  I ran my set by Whiskey Tex, my brother, and my close friend in the industry.  Of course my daughter was around during the rehearsals so she chimed in, too.  Their decision was unanimous: open with Unsound.

Not what I expected.  Unsound is the first complete song I ever wrote, roughly 15 years ago, and as an artist you want to believe your newer material is more compelling.  And it had some serious strikes against it: it was written in an instant, none of the lyrics repeat, and the guitar work was rudimentary compared to the intricacy of Smokehouse.  But when posed with the [paraphrased] question from Whiskey Tex, “what impression are you trying make?”, the answer had nothing to do with showing guitar technique, vocal range, or songwriting skill, but came down to this:

I want to be unforgettable.

You don’t have to look far to find a better guitarist, vocalist, or songwriter.  So rehearsing with a focus towards impressing on any one attribute really only increases the risk that you’ll be measured by a skill that you’re marginal at, with no frame of reference for how important that is for those observing you.

Given that, my advisors were right, Unsound was the better opener.  Better to go for the triple threat, because even if each of them is marginal, there is a lift associated with each successive element you attempt.

So at least I had a rehearsal strategy for the music.  I started right there, fat-fingers and all.  I sat myself down on a chair, front and center.  Over days I added more pressure in the form of lights, camera, action.  It did not go well.

“That was horrible.  Better not to have auditioned at all.” – Whiskey Tex

“Don’t mess up your own lyrics, that will kill you.” – my brother

“Have you ever played this song, once, ever?” – #rangothedog

I played right up until the morning I got on the plane to LA.  I recorded a bunch of sessions and I’ve listened to all of them since I got home.  I’ve never once played Unsound like I did at the showcase.  The performance pressure and audience feedback was reflected directly in the music in a way that was unique, and for the better, on a song that had gotten stale over more than a decade, but is perhaps more relevant to me today than the day I wrote it.

#rangothedog and Jaysen Kim at #wwss2014

I had a great show, and the judges were very kind: I took home top honors in music.  But the best performances for everybody were actually the encores on Sunday, after the VIP’s were gone and it was just back to the friendly forces in the audience.  It was all performers and their families, and the rehearsals and suspense of the competition were over.

We had all watched each other perform monologues, hosting, commercials and runway skills, under crushing pressure, with some brilliant performances.  But the encore performances were an opportunity to cut loose, and we did. A rising tide lifts all boats, and everybody was feeling it, so congratulations to the producers of World Wide Star Search 2014 and its predecessors, reaching back 16 years to 1998, that really was an amazing weekend.

I’m not sure how the script goes for Act III, I haven’t gotten that far along yet.  But I know it’s already started, so we’re going to have to wing it.  With any luck, maybe I’ll fly away \m/~

“The lights go up, the clowns tumble in, with painted on faces, and blue-collar grins” – ringmaster